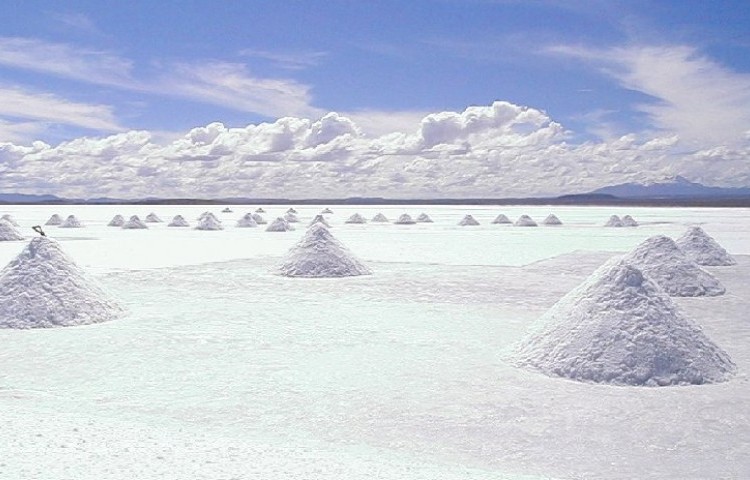 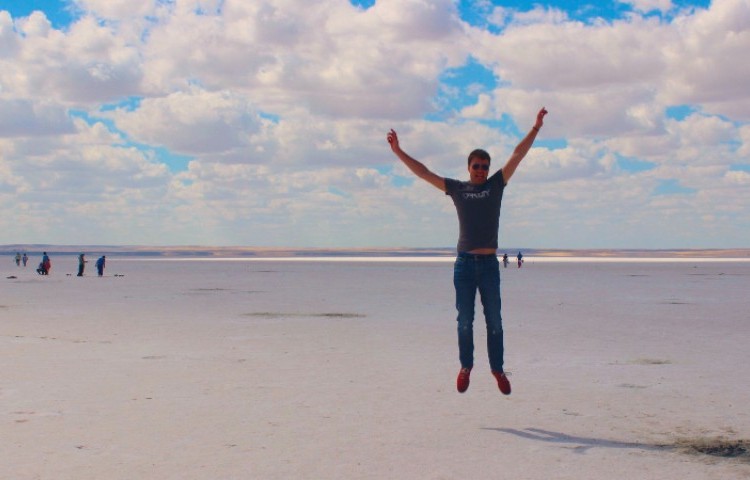 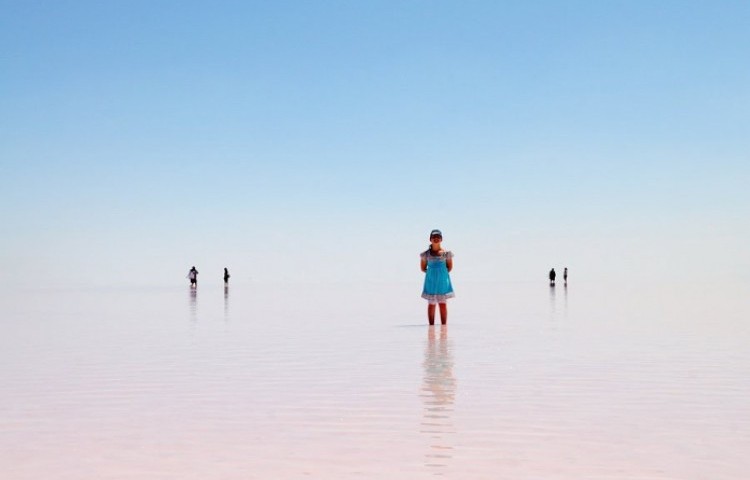 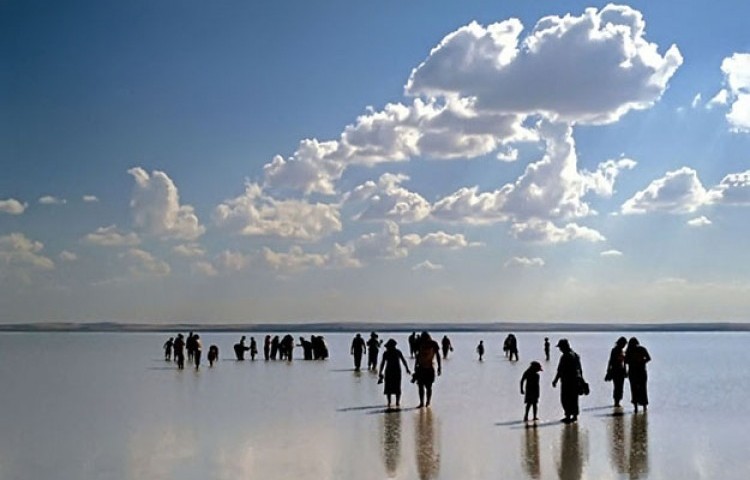 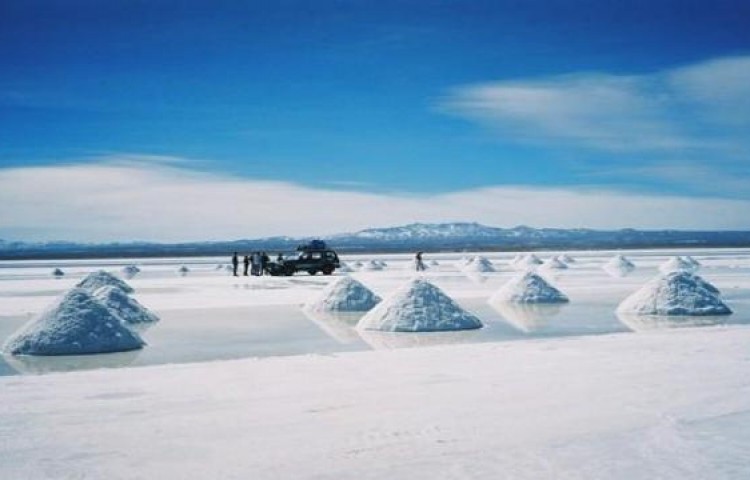 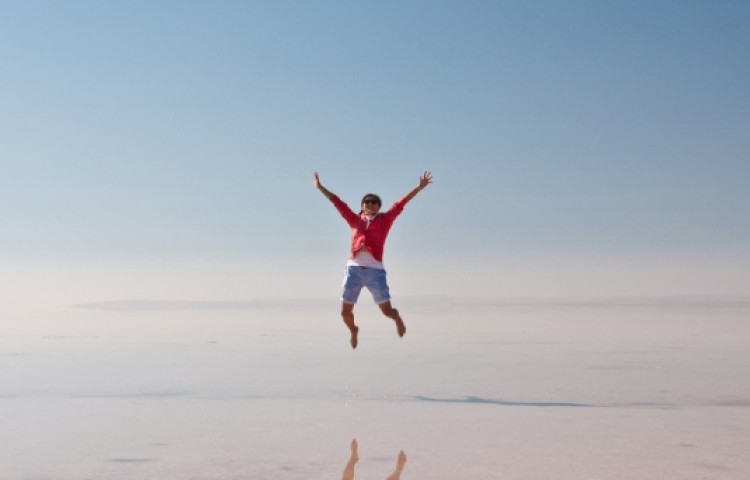 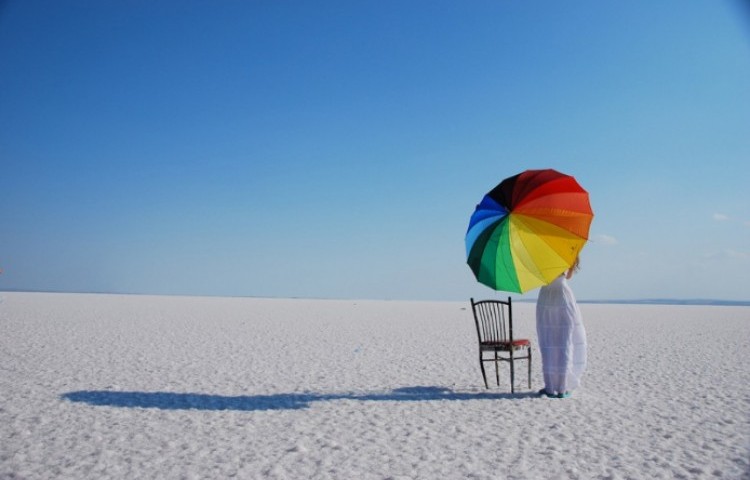 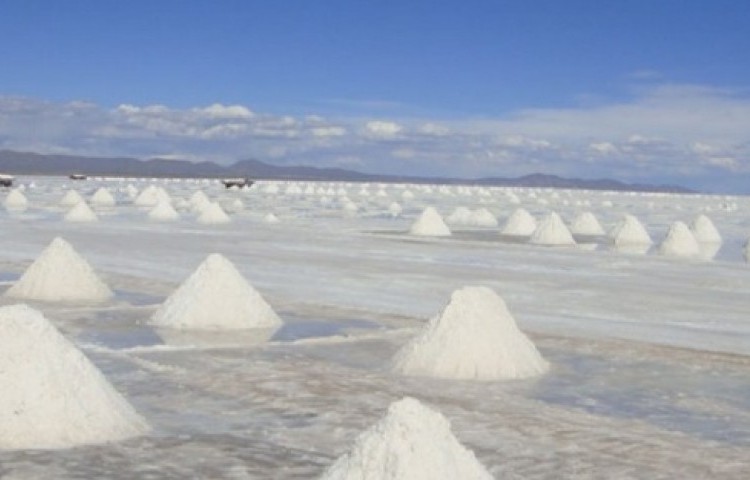 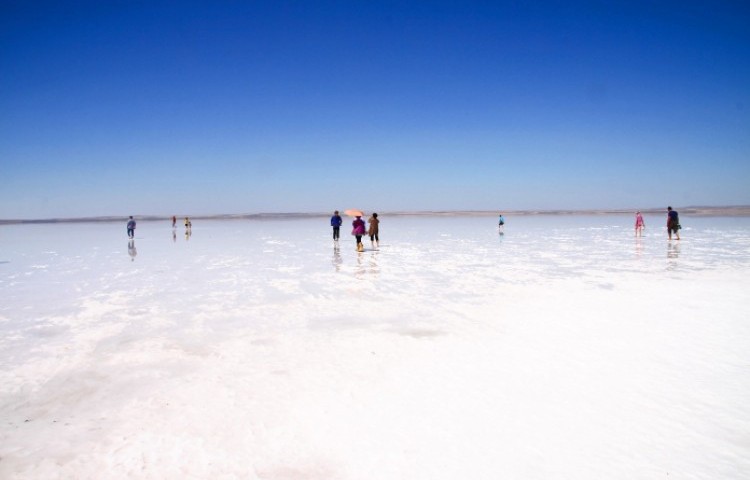 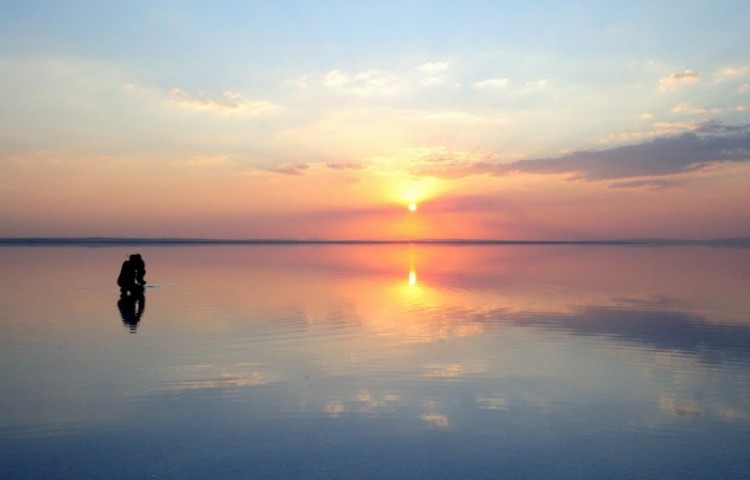 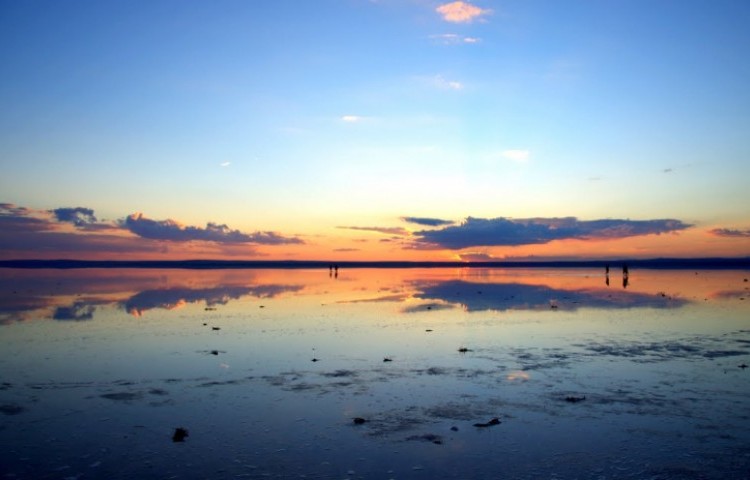 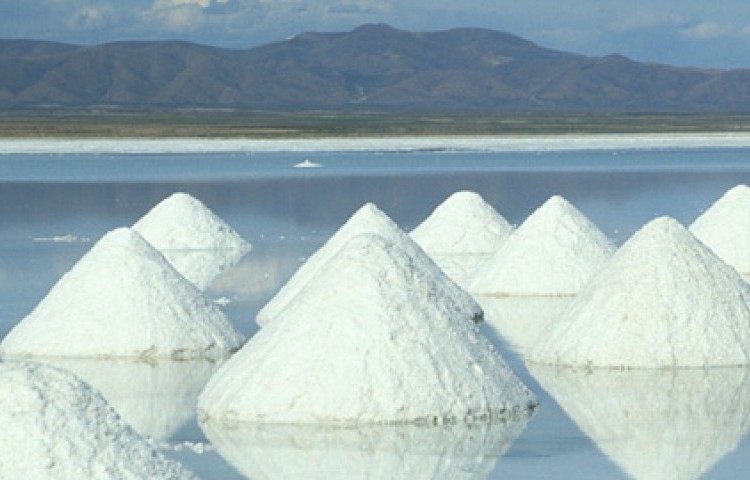 Previous Next
The Salt Lake(Tuz Gölü), also called Tatta in antiquity, is a closed-end lake surrounded by plateaus.

he sources that feed the lake are insufficient, the river Melendiz (Aksaray) and river Pecenekozu (Sereflikochisar).
In summer, because of evaporation, the lake dries into a layer of salt of about 30 centimeters, covering the mud. In winter the water get together again,
but in its deepest part does not exceed 2 meters. Although it is the second largest lake in Turkey, it doesn’t contains a large amount of water, due to its shallowness.
With the 33%, is one of the world’s lakes with higher salinity, so is impossible to farm in the surroundings.
Thus, the Tuz Gölü salt is one of the richest in the world. It gives 300 thousand tons of salt per year, 60% of the total production in Turkey.
This salt can only be collected in the months of July and August when the lake dries.
To ensure that it would be clean, the salt is collected only from the areas in which layer are more than 6 centimeters thick.
Once excavated it, the rag layer is removed and they separate clean mounds, loaded manually to the mini-trains wagons conveyors.

minimum 2 persons on the tour